Looking into the Future

Looking into the Future 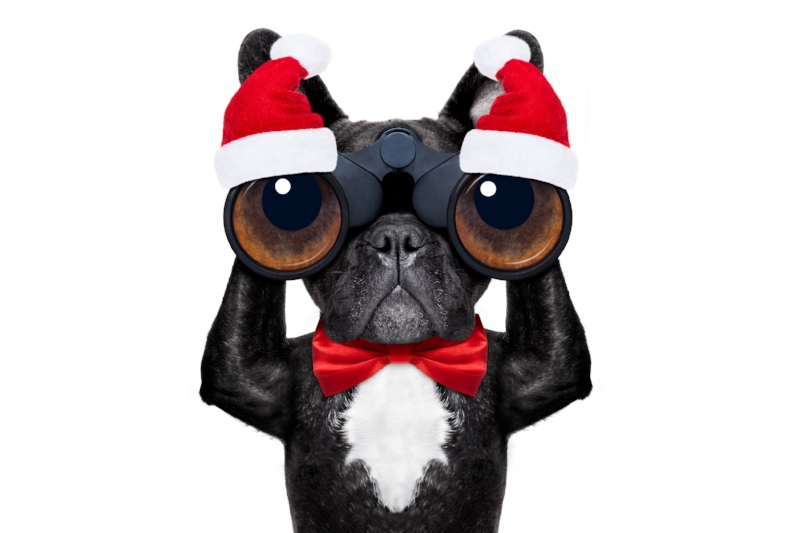 This year, I will follow the format of one of my favorite year-end forecasts—Byron Wien’s annual Top Ten Surprises list. For more than 30 years, legendary investment strategist Byron Wien has rolled out his annual list of predictions, starting while he was at Morgan Stanley. Though he often hedges his bets with both bullish and bearish calls—no surprise there, any self-respecting strategist would do the same—his list exposes under-appreciated trends that could exert a strong influence on markets. These should not necessarily be perceived as market calls in the traditional sense, but as a fun thought exercise to stimulate dialogue with clients.

Looking to next year, President-elect Donald J. Trump will become President on January 20, 2017. At that time, the economy will be entering its 93rd month of non-recessionary growth. That is the third-longest on record, following the 120 months from 1991 to 2001 and the 106 months in the 1960’s. Comparatively, the average recovery period lasts about 45 months. Four more years seems a long time to keep this train going.

At a high level, the economic battle will be between the rising risks to growth vs. rising hope for growth-oriented government policy. The nascent risks to growth include rising interest rates, global trade tensions, and a stronger U.S. dollar. In terms of government policy, deregulation, lower taxes (corporate and personal), repealing the Affordable Care Act (ACA), infrastructure spending, and cash repatriation could all have a positive influence on the stock market.

So, what does this all mean? My top ten themes to watch for 2017 explore these issues:

1. Cash repatriation passes and Apple goes shopping for the holidays. This will be the single most important factor to keeping the stock market elevated in 2017, in the face of global headwinds. Goldman Sachs has estimated that there could be as much as $3T of cash overseas, with much of that in the coffers of big tech companies. That cash is just waiting to come home with a reasonable repatriation tax deal – a 10% tax on those monies could go a long way toward paying for an infrastructure bill…hmmmm? It is a matter of time. To put $3T in perspective, President-elect Trump’s entire infrastructure plan has been rumored at $1T…over 10 YEARS! And much of that will be tied up in interest costs. Repatriation could free up a lot of cash for Mergers & Acquisitions, dividends and share repurchases. Also, the Venture market could really benefit through M&A activity, as it provides the role of R&D lab for big Tech (see last month’s blog/interview with Jason Portnoy).

2. The IPO market picks up with Snapchat leading the way. This could be the largest IPO in years. A successful, high-profile offering should provide a spark to the equity markets, perhaps opening the floodgates for more private companies to go public. Uber and Airbnb are also prime, potential candidates to IPO next year. The IPO/Venture market has a real chance to get double cappuccino frothy (loop back to #1 above).

3. Monetary policy passes the baton to fiscal policy, buying another leg for the bull market. Let’s call this one…everything is awesome! The U.S. Federal Reserve Bank (the Fed) has done all of the heavy-lifting, keeping the economy and the markets moving forward for more than 5 years. I think this year we will finally see fiscal policy pull its weight. Most of the positive effects to the economy (if there are any) will be delayed until 2018. However, the markets, which tend to look forward six to twelve months, are likely to respond favorably to all the “shiny objects” that appear in the forms of proposed tax cuts and infrastructure spending.

These policies will vary from deregulation and repeal of the ACA to tax cuts for individuals and corporations. Many of the tax cuts will be viewed as trade-offs. The suggested corporate rate being discussed is to lower the actual current rate of 35% to around the estimated current effective rate of 25% – the mean corporate tax rate has been estimated at this level by Goldman Sachs and others. The cuts in the individual rate will likely be somewhat offset by declines in deductions. The benefits of infrastructure spending, including jobs, will be partially offset by higher interest rates related to deficit spending. That is what is meant by “trade-offs”.

The bottom line is that there is very little wiggle room to stimulate the economy without big increases in the deficit – and the bond market will not like that. Wait…how can “everything be awesome”, if there is no free lunch? The stock market will have to contend with this at some point, but probably not in 2017.

4. Following the Fed’s lead, Europe and Japan scrap their bond purchasing programs. With fewer bond buyers, 10-year yields in the U.S. will rise above 3% from less than 1.5% a few months ago, and credit spreads will widen. Expect the markets to get cranky should central bankers start shouting “last call” at the punch bowl.

5. China is not named currency manipulator day one, the Trans-Pacific Partnership (TPP) is scrapped, but the North American Free Trade Agreement (NAFTA) stands. Taken together, these policies should delay the potential onset of trade problems in the U.S. through 2017. This is my boldest call of the ten, and it could go horribly wrong.

Based on early comments by Republican leaders, Treasury Secretary Mnuchin and Commerce Secretary Ross, I think there is enough common ground between President-elect Trump and most Congressional Republicans on other red-meat topics to enable the GOP to stick to their pro-trade bona fides. Sarah Palin calling out Trump for the Carrier deal for “crony capitalism” was a good start. However, I must say, the winds are blowing against me on this one.

6. Xenophobia continues to impact European elections, putting stress on the viability of the European Union. Brexit and the recently completed Italian elections are straining the commitment to a common currency. In fact, the trend in elections across the globe (excepting Austria) has been toward more populism and provincialism. With so many votes upcoming, it just feels like there are too many holes in the Euro wall and not enough fingers to plug them. Next year may not be a good year to be a big European bank.

7. Emerging markets will outperform domestic markets. Why? Because emerging countries generally, and in aggregate, have higher growth rates with valuations that are half of those found in our domestic markets. Their aggregate debt levels tend to be lower, especially at the corporate and consumer levels. I know the emerging markets have a few proverbial warts, but most are in their pricing, which started to perk up after lagging developed markets for the last several years.

8. Here’s where things can get really sticky – Geo-politics. Secretary of State is always an influential position, but in the context of Trump’s other cabinet picks, more than usual seems to be hinging on this choice. After creating more of an international incident than necessary through his handling of a congratulatory call from Taiwan and challenging the One-China policy, President-elect Trump is clearly turning his focus away from China/Asia and toward Russia. Trump nominated Rex Tillerson (CEO of Exxon) to run the State Dept. As background, Tillerson has strong ties to Russia through the oil industry. He also stands out as the first person in that position with no previous political or diplomatic experience.

This pick comes as a surprise, particularly on the heels of the recent CIA report that “allegedly” alleges Russian hacking involvement and attempts to sway our General election. Delicate, to say the least. This pick initially looks to have Putin’s fingerprints. In fact, Tillerson has received the Order of Friendship medal, presented by Putin himself. A cozy relationship that is raising alarms on both sides of the aisle. The Kremlin went on to hail the pick and Tillerson’s “professionalism”.

The good news is that Tillerson seems capable and will add an extra hand in business dealings, if not diplomatic relations. The particularly “sticky” news is that President-elect Trump is rumored to be leaning toward John Bolton to be Tillerson’s Deputy Secretary of State (the number 2 “diplomat” for the country). Within the GOP establishment, conservatives tend to fall into three separate camps when it comes to foreign policy. The isolationists, such is Ron and Rand Paul, are the most “dovish” camp. Then there’s the “Peace through Strength” camp, typically most associated with Ronald Reagan’s policies. This is the camp with whom Trump aligned himself during the election. Then there are the “hawks” or neo-cons (aka Interventionists). John Bolton is the most Hawkish of the Hawks. He could be labeled an NEON-con and is possibly the most interventionist pick imaginable for this position. To picture him side by side in the “war room” with General “Mad Dog” Mattis. at the Department of Defense, is an image most of our friends at NATO won’t enjoy. Do you remember Trump questioning the necessity of standing by all of our NATO commitments during the election? Europe does.

To wrap up this long-winded segment, the currently proposed “diplomatic team” of Tillerson and Bolton has a long way to go before being confirmed by Congress. So, I have to caveat this “surprise” pick. If the checks and balance system works and the team currently being discussed at the State department gets revamped in some way, this will be a good sign that a non-confrontational approach of “Peace through strength” wins the day and we avoid hearing daily updates of Chinese nuclear bombers patrolling the South China Sea on the NEWS (that would be a good thing). However, if the proposed “team of diplomats” at the State Department gets confirmed as currently suggested, this will clearly prickle our NATO allies, poke at China, and further the Trump-Putin bro-mance. I summarize the outlook of this possibility with one word: Destabilizing.

9. While this is a crowded trade, I still look for the U.S. dollar to trend higher, and the dollar could buy more than one euro by the end of the year. The key to this call is that a higher dollar does much of the Fed’s heavy lifting. Higher inflation expectations reflected through the steeper yield curve (10-year treasuries have risen from below 1.5% to almost 2.5%, as of the time of this writing) should act as a counterbalance to an overheating economy, enabling short rates to stay lower for a longer period of time. Net/Net: A higher dollar helps keep inflation tame and limits interest rate increases by the Fed. This call would also mean a fire sale on European vacations in 2017.

9 1/2. Tame inflation Part Deux: Commodities have been on a tear lately- FADE THE TRADE! The market seems to be completely overestimating the commodities demand that would result from an infrastructure bill. The U.S. is actually a small to moderate player in terms of global commodity demand. China is the 900 lb gorilla in this market. China still accounts for almost half of the world’s demand for most global commodities. This is despite China’s declining economic appetite, as they have re-tooled their economy away from exports and toward their own consumers.

10. About one year from now, President Trump is censored—NOT impeached, but censored for conflicts of interest. This will mark the end of the honeymoon period and the beginning of the midterm season. Both the House and Senate are worried that he will turn D.C into Las Vegas East while they are out on recess. Upon return to Congress, they find Melania and Barron moved into Capitol Hill and the locks have been changed. This is done to save on security expenses. Too far?

Here is to peace, love, and being present for those who are important to you!