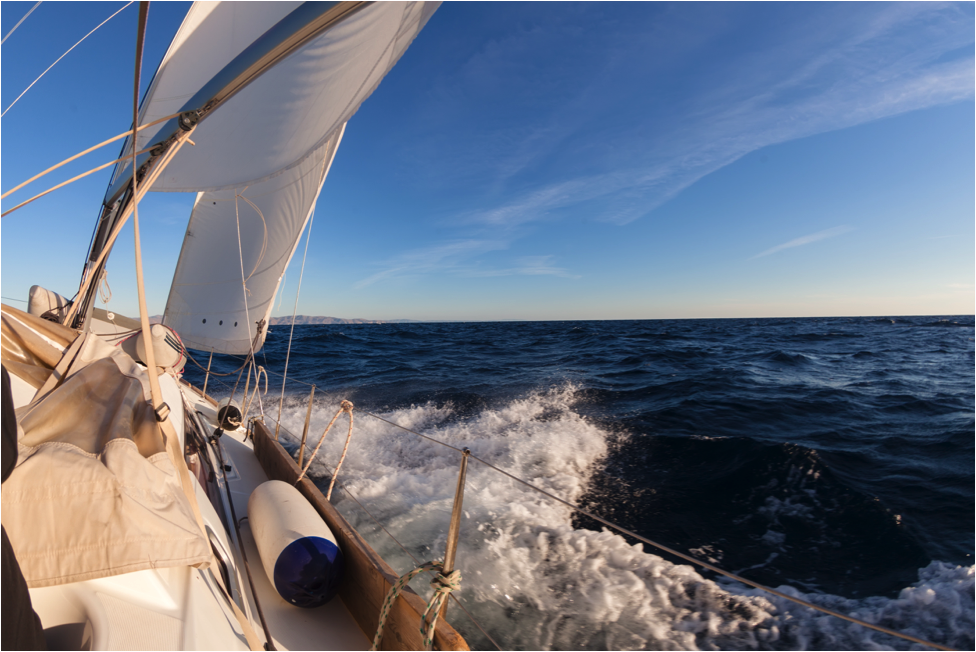 The winds of change are howling through our political system with blustery gusts creating cross-drafts for the economy. Additionally, the risk of the occasional gale force wind from geopolitics seems to have increased. I am choosing to save all discussion of political discourse for a future blog and will focus solely on economic winds this time. Let’s just agree that there are political winds out there that are probably not fully priced into the market.

At present, the market’s momentum is being driven by short-term tailwinds related to the outlook for the President’s pro-growth policies of lower corporate and individual tax rates, the economic impact of de-regulation, and the potential for better trade deals as opposed to the negative impact of protectionism. At any particular moment, as it is now, the market may focus on the short term (next few hours, days or weeks), while at other times the market may look at long-term issues or solutions (over the next years or decades). I believe that these short-term winds are considerably less powerful than the longer term, secular winds behind the market’s success for the past 1-2 generations.

Putting aside the potential benefits from the short-term policy shifts, the major tailwinds that have driven the market to all-time highs over the last 40 years, and helped grow the economic pie, are slowly but surely turning into headwinds. It is the following three major forces that we investigate in this blog:

This is not about tornadoes or hurricanes suddenly developing from clear skies. If you’re a golfer or a sailor, you know the wind that starts in the morning as a barely perceptible breeze and steadily builds into a stiff wind in the afternoon. Similarly, shifting economic winds will steadily build over the course of years and perhaps decades, eventually resulting in inflection points which have systemic effects on the capital markets and investment portfolios.

I do not intend to sound overly pessimistic. We humans have a great deal of input into our collective destiny, and the generally positive and indomitable human spirit coupled with new technology improvements and ongoing job training, can make adjusting to some of these newly forming headwinds more manageable.

“It is fair to question whether some leveling of the growth rate in global trade is coming from the current provincial/xenophobic environment gripping the globe or more from a lingering post-financial crisis hangover.”

Before diving into each of these developing headwinds individually, my intention is not to present a dissertation on each topic and prove unequivocally where each component has been or where each is going. Instead, I am taking a long look back at what has historically transpired, in order to develop a commonsense framework for looking forward.

With caveats out of the way…let’s erect our economic weathervane and dive into each of these headwinds!

Simply put, the US has benefitted from the effects of global trade and rising global growth. Much of this growth and benefit has accrued through providing goods and services to less developed regions. As we look back at the tail on the slope of the line in the graph below, which depicts the portion of global GDP that comes from trade, one can’t help but wonder if most of those benefits are behind us. It is fair to question whether some leveling of the growth rate in global trade is coming from the current provincial/xenophobic environment (Brexit, NAFTA withdrawal overtures, import tariffs on China, etc…) gripping the globe, or more from a lingering post-financial crisis hangover. The answer to that question will be important as we consider global trade to be more of a head, cross, or tailwind going forward.

We have heard about this one for years. The good news is that the US is generally in a better net debt situation than the rest of the world, on the margin. Sorry, that sounded very equivocated. The US government’s debt is in far better shape relative to the other major world economic powers. Japan, can’t buy an interest rate increase (and believe me, they’ve tried), while the Eurozone’s situation is made more precarious by the heavy debt loads of Portugal, Italy, Greece and Spain. Meanwhile, China’s creditworthiness really gets dinged if one looks through to the liabilities caused by SOE’s (State Owned Enterprises).

One also must consider that the US Dollar is still the world’s reserve currency.   Economist agree that our world reserve currency status lowers our borrowing rates because the world is eventually forced to consume in USD.  As such, there appear to be many more canaries that are flying ahead of the U.S. and they are deeper in the coal mine. Perhaps this is why the U.S. has famously earned the moniker of being the cleanest dirty shirt in the laundry or the skinniest horse at the glue factory – my apologies to my Humane Society Silicon Valley colleagues.

“There is a point at which our levels of debt, or merely level of interest rates at given debt levels, simply choke off all avenues for future government investment and growth.”

That said, the US is not out of the storm by any means, and the more troubling aspect of our debt situation is shown in the chart below. Paul Volker summarized it quite succinctly when he said… “Our current debt may be manageable at a time of unprecedentedly low interest rates. But if we let our debt grow, and interest rates normalize, the interest burden alone would choke our budget and squeeze out other essential spending”. There is a point at which our levels of debt, or merely level of interest rates at given debt levels, simply choke off all avenues for future government investment and growth. In part, this may already be limiting options for new fiscal policies to jump-start the economy in future recessions.

Lastly, check out the rate of total debt growth versus total GDP growth in the chart below. Over the past 35 years, the US has seen its total debt obligations grow at an 11% clip after inflation, while the real GDP growth rate is a much more moderate 3%. The net result is that we have not recognized a good return in our GDP growth rate, per dollar of debt. This is sobering as we believe any debt-propelled growth possibility is likely behind us. Going forward, our current high debt levels will reduce our borrowing capacity are therefore much more likely to be a headwind as opposed to a tailwind.

“Just as we mentioned that fiscal policy is constrained by high debt levels above, so too is monetary policy running low on ammunition to face the next economic slowdown.”

As you can see below, even though in the short term the Fed just raised interest rates by .25% last Wednesday, the level of our interest rates is still at or near historical all-time lows. This is not to imply that rates can’t go lower, as they have in Europe and Japan. Also, given the abnormally weak, current economic realities across the globe, interest rates are not likely to skyrocket any time soon. That said, the catalyst for lowering interest rates from their present levels is likely to be bad news, such as recession or anemic growth, which would add to our debt levels at an even faster rate. In such an environment, investors and consumers pull back on spending and projects, increasing the odds of a deflationary spiral. Let’s not even go there.

The main take-away from the chart above is that gradually lower and lower rates over the past 35 years have provided a very strong and consistent tailwind to the market and the economy. At current levels, it seems unlikely that interest rates will remain a tailwind going forward. It is only a matter of time before the level of interest rates turn into a full-on headwind or at the very least, a swirling wind that proves difficult to navigate.

Just as we mentioned that fiscal policy is constrained by high debt levels above, so too is monetary policy running low on ammunition to face the next economic slowdown. This is not a doomsday situation, but merely an observation that the greatest benefits of low rates are behind us. Lower rates make it easier for a company to service debt, spend more cash flow on growth related projects, buy back company stock, or pay dividends. It isn’t that those opportunities are gone, but the delta is about to change from clearly positive to neutral with a negative bias.

My intention is to provide moderation and common sense to the ebullient fever of the stock market and related expectations for continued outsized gains. After repeatedly setting new record highs, the market’s valuation is now considered to be historically high (as we addressed in our 3-Part CAPE series). We believe that many of the conditions that contributed to that expensive valuation are now slowing, and likely to gradually reverse.

Gains are more difficult to come by when some of the biggest drivers of investment returns: previously increasing global trade, perpetually lower interest rates, and historically increased borrowing; reverse course and start working against the market instead of for it. The time has come for investors to start adjusting their return expectations to better reflect reality. We will continue to keep an eye on the long-term trends and update any major shifts in weather patterns as the headwinds/tailwinds narrative unfolds.

Please be clear, I am not calling for a market crash, or even a pullback necessarily. I am simply pointing out that the stock market is now running against the wind. Bob Dylan told us where to look for answers, my friends, but it’s Bob Segar’s 1980 classic, which best summarizes our view: we are now running… Against the Wind.

Here’s to getting it more right than wrong. Happy Father’s Day.

Enter your information below to receive blog updates by email.