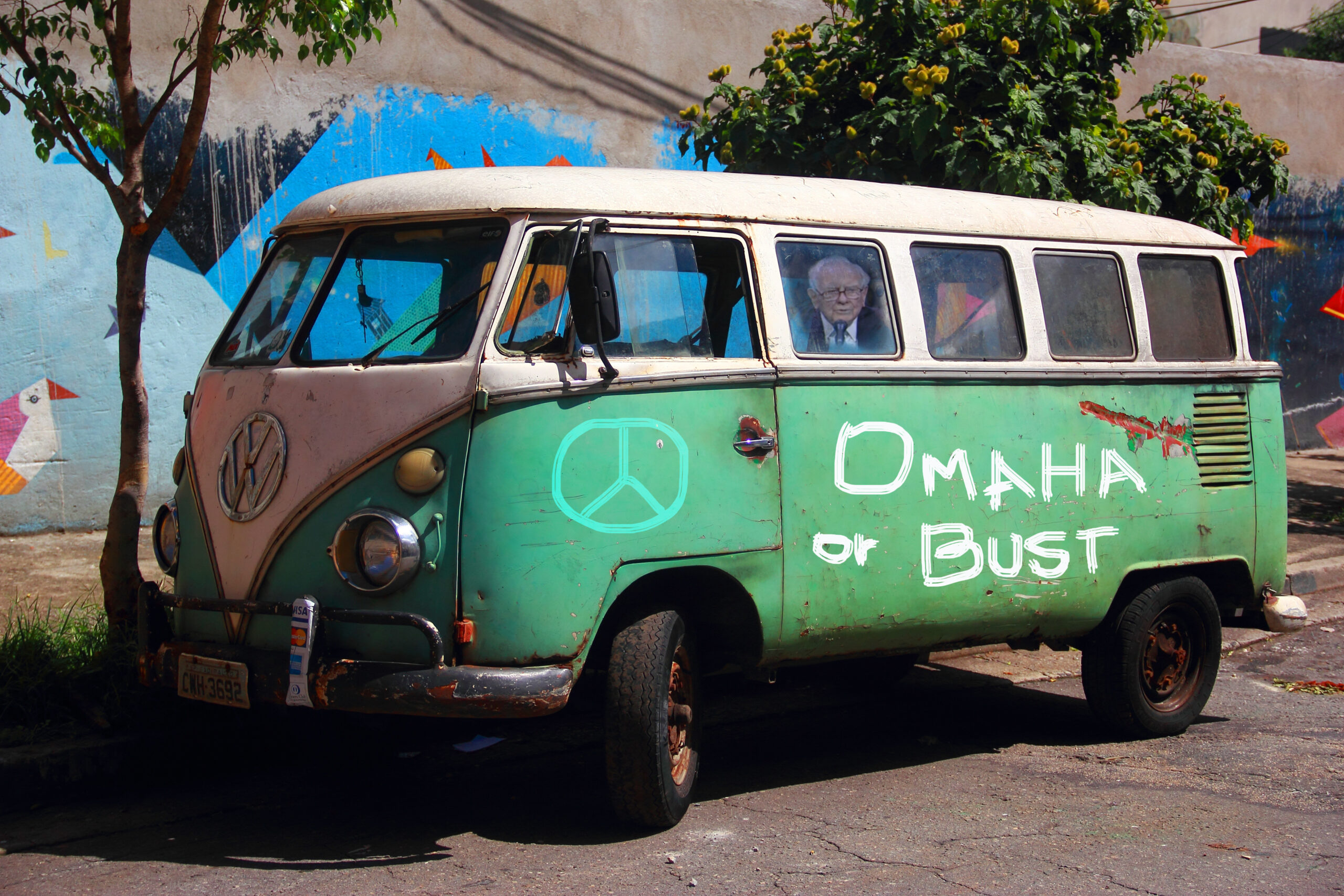 Reflections from a pilgrimage to Omaha….

Berkshire Hathaway, along with its iconic helmsman Warren Buffett, has long been revered as the quintessential all-weather value-based investment. Buffett, dubbed the “Oracle of Omaha,” has successfully navigated the financial markets for the last 4+ decades, solidly beating just about every benchmark index over every time period.

Berkshire Hathaway currently enjoys about a 10% allocation in Three Bell’s Global Equity Portfolio, and as such, many of our clients have exposure to Berkshire Hathaway in a material way. As part of our due diligence process, earlier this month I traveled to Omaha on behalf of the Firm to attend the Berkshire Annual Shareholder Meeting, affectionately referred to as “Woodstock for capitalists.”

At the conclusion of the Annual Meeting, and Buffett’s accompanying analysis and color commentary, I came away with a renewed appreciation for just how many positive forces remain in play that have every potential of driving both the economy and the markets on a continued positive trajectory.

In this edition of Cutting Through The Noise, we highlight just a few of those critical positive variables, and provide examples of how they are continuing to drive business growth that will have a direct impact on portfolio returns.

Having religiously followed the financial media’s hubbub around the Annual Meeting for years, I set out on my first pilgrimage to Ohama, in early May.

I was somewhat expecting a Jim Cramer/CNBC version of Comic-con, and to a certain degree, the audience didn’t disappoint. For example, there were several young sons alongside their dads, both dressed in matching “Men In Black” attire to imitate Warren Buffett, right down to the glasses; a little weird, but entertaining nonetheless. Turns out the only musical element at this Woodstock was a nod to Pink Floyd, when they played “Money” to start the opening credits of a film produced by Buffett’s daughter.

Once the crux of the Annual Meeting, a marathon 6-hour Q&A session, got underway, Buffett (age 88) and his side-kick, Charlie Munger (age 95), did their best to introduce some balance and common sense to each of the often overly-scripted questions. They were both wise and surprisingly entertaining.

Buffet’s commentary centered around the powerful positive combination of 1) a favorable business environment, and 2) innovation.

The current favorable business environment is shaped by a variety of factors that include:  low inflation, low interest rates, low(er) regulation, and access to capital. We have discussed each of these in previous blogs, so will not reiterate them again here.  Suffice it to say, that the general business environment is favorable, historically and comparatively speaking.

As investment managers directly responsible for our clients’ capital, we often view the world through a risk-first lens. If we are not careful, it can be easy to lose site of the many economic tailwinds we currently enjoy that create a comparatively favorable business environment, and which can drive positive returns in investment portfolios.

Buffett’s commentary was a solid reminder that despite trade wars, ominous predictive data points like Yield Curve Inversion, and the looming specter of recession, there are just as many positive drivers in the economy and the current business environment.

The current favorable business environment is shaped by a variety of factors that include: low inflation, low interest rates, low(er) regulation, and access to capital.

When we couple a favorable business environment with real innovation, that’s when we see real positive change and the opportunity to capture that change in the form of positive stock market returns. Fortunately, evidence of innovation is everywhere throughout the San Francisco Bay Area and beyond. Capitalism provides the incentives for entrepreneurs to doggedly pursue the development of products that make the world a better place, which is so pervasive amongst our venture and broader technology community.

As a result, the technology sector has grown far beyond its inauspicious beginnings, when it was viewed as just one of the eleven GICS (Global Industry Classification Standard) economic sectors, which include: Energy, Materials, Industrials, Consumer Discretion, Consumer Staples, Health Care, Financials, Info Technology, Telecommunications, Utilities, and Real Estate.

In fact, with the continued development of customizable SaaS (Software as a Solution) programs, as well as big data, implementation of AI (artificial intelligence), and robotic solutions, we now have IT ubiquitously embedded in all 11 economic sectors. Game changing.

Capitalism Is the Drug, I’m Thinkin’ Of: Mapping the Human Genome

To help us understand and appreciate what can happen when we blend a positive business environment with innovation let’s take a quick look at the drug therapy industry, which is helping drive real societal progress.

Below is perhaps the most glaring example possible of what can happen when investment, technology, and computerization come together to create new drug therapies. The graph below illustrates the impact of these efforts on the cost of bringing targeted drug therapies to market, which has flowed as a result of cracking the human genome code (DNA).

In the Silicon Valley, most of us are familiar with the attributes of Moore’s Law: the number of transistors in a dense integrated circuit doubles about every two years, and in measurable concert, the cost of computing is predictably reduced. That paradigm held much longer than was expected in 1975 and has only recently begun to slow.

When we examine the benefits of the genome sequencing project (green dotted line) above, in relation to Moore’s Law (white line) above, it is amazing to see the costs of genome decoding R&D come down four times faster than Moore’s Law over a similar timeframe.

The actual numbers have declined from $100,000,000 per megabase of DNA (a unit of measurement roughly equivalent of mapping a single individual) in 2000, (the year of the Human Genome Project), to $1,000 last year. The cost to map this unit of DNA has declined 99.999% in less than 20 years! Astounding. This will have a real and important impact on the cost effective design of increasingly targeted and customizable drugs, which will meaningfully impact the quality of life for the human race.

These cost saving benefits are a direct result of a favorable business environment coupled with investment and innovation to better our existence. Sometimes we get so caught up in the short term news cycle, which focuses on the negatives, that we overlook the positive leaps and bounds that can occur over a longer cycle.

Warren’s message is to have faith that generational wealth can be built through patience, discipline, and a long-term outlook. The benefits of technology will accrue to shareholders (equity owners) as opposed to stakeholders (labor and creditors). Thanks to big data and AI, this relationship has never been more true than today.

Drug Therapy: A Shot To Inoculate Your Portfolio

As we see the continued benefits of those lowering R&D costs being harvested within the drug therapy industry – no matter who wins the election in 2020, we at Three Bell Capital are excited about some of the opportunities within the Healthcare field. This is a great time to let technology work for your portfolio through many avenues, including our new, carefully curated HealthCare fund-of-funds.

In fact, with all the consternation centered on the Trump Trade Wars and potential DOJ/FTC anti-trust suits, we could be in the midst of an excellent long-term investment opportunity. As Warren likes to say, “Be fearful when others are greedy and greedy when others are fearful.”

And finally, from this mid-western farm boy… my travel partners to the event all agreed that Bay Area steaks are much tastier than what we experienced at Garot’s, Warren’s favorite steak house, in Omaha. Must be the technology. ; )