Hold On To Your Life Jacket

Hold On To Your Life Jacket 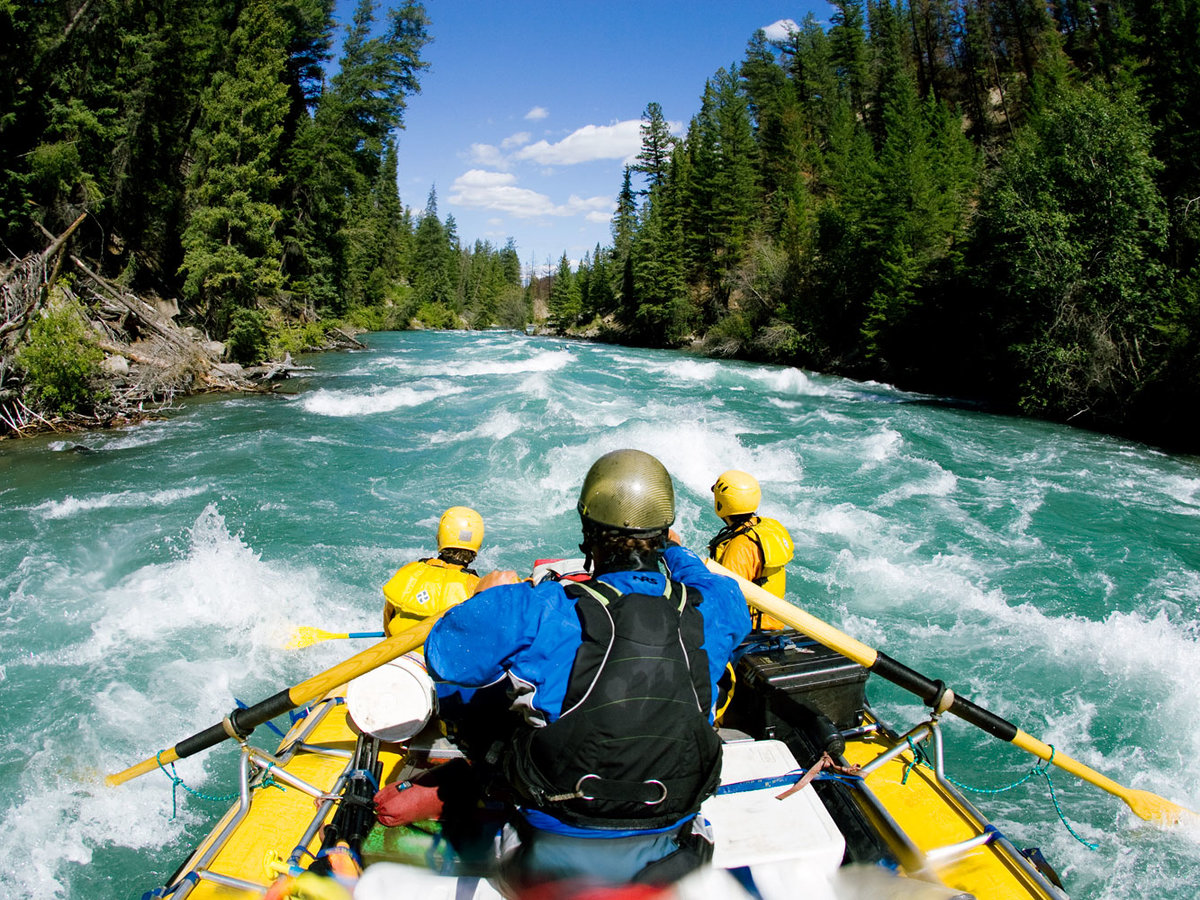 Last summer my son and I participated in a group father/son fly fishing trip on the Deschutes River in Oregon. Don’t worry, this is not a story about who caught the biggest, the most or a cold. No, the trip splashed an economic metaphor that I sensed as I drifted, waded and caught the fewest.

Our guided group floated peacefully down the river for three days, but just before we were to exit the river and head for home, there it was…  A huge rapid that had capsized others, was now guarding our passage. We could even see the wreckage of a previous boat, wedged in the rocks – bow up.

That raft trip is analogous to this economy, which continues to drift calmly…to what will eventually lead to a dangerous recessionary rapid.  The big question is: How big will the inevitable rapid be and how long will it take before it strikes? This economy has seen the creation of policy after policy to extend the smooth ride for as long as possible.  Yet, the longer this calm continues; the larger the inevitable turmoil.

In this edition of Cutting Through the Noise, we examine three recent policies that attempt to extend calm waters and consider how those same policies may eventually lead to an even bumpier ride downriver:

Bottom line, the rapids are now further in the distance than they would otherwise be due to recent policy changes.  The question is: “will our next recession be a class 3 rapid or a Niagara Falls”?

It is astonishing how quickly the Fed lost its hawkish talons and turned dovish. We have gone from a tightening to an easing posture in the past 3 months, by way of articulating new positions for both interest rates and reserve policies.  Now the Fed is also hard at work reviewing a new framework for “targeting inflation”. You guessed it… this will lead to looser monetary policy throughout the business cycle and will be a net positive for stocks in the short-term.

Previously, the Fed’s policy was to target a current inflation rate of 2%, and it would adjust interest rates accordingly.  Once the Fed begins targeting an average of 2%inflation over an entire market cycle, average inflation will include recessions, where inflation will be significantly below the targeted 2% rate.  Consequently, in an economic expansion, inflation will be allowed to run over the historical 2% inflation target. This means fewer interest rate hikes, which operates as a tailwind to equity markets.  This policy will extend the current expansion, and eventually lead to a deeper recession.

Goldman Sachs and CNBC have both done a great job summarizing this new policy.  Key excerpts from their analysis are below:

Our view is this monetary policy tweak will be an important aspect to remember as the market responds in knee jerk fashion to the recessionary fears presented by a flat yield curve.  The Fed’s new “inflation targeting” policy will counterbalance some of the near term effects and likely stave off the next recession, longer than otherwise.

Just when you think regulators may have learned their lesson, you see deregulation that you just know will come back to bite, most likely during the next recession.  It is shocking to learn that we appear ready to trust the big bankers again, (please read HuffPost link for details).

Here’s what’s going on – a proposed reversal of leverage rules to rollback the last vestiges of the Volker Rule, which were supposed to be the last line of defense to protect against another financial crisis, now look headed for approval.  The Volker Rule required Big Banks to maintain certain levels of collateral assets that would protect banks from insolvency in the event that some of their loans and investments failed.

The net effect of the new leverage rules decrease the amount of equity buffer on hand as protection the next time the economy softens and banks need to write-off losses.  The offset for this increased risk will be higher short term profits for the “Too Big to Fail Banks”, and a likelihood of more tax-payer bailouts down the line.

The new lower levels of protection will ultimately lead to a bigger pull back in bank lending once the economy slows, the value of borrower collateral is reduced, and banks’ loans are more likely to go underwater and become un-servicable.  Let’s put this in the “what could possibly go wrong category” for now. We will be revisiting this one, after our raft has taken on water at the next rapid.

The effects of this financing shift will likely hit with the most force of all three policy tweaks.

Covenant lite (“cov-lite”) loans are a type of financing that is issued with fewer restrictions on the borrower and fewer protections for the lender.  They are more flexible with regard to the borrower’s collateral, level of income and the loan’s payment terms.

By contrast, traditional loans generally have protective covenants built into the contract for the safety of the lender, including financial maintenance tests that measure the debt-service capabilities of the borrower.

Covenants are designed to protect lenders against deterioration in the value of their investments before they have the ability to take legal action.  All else being equal, covenants in theory should improve the recovery value in situations where companies default.

Many of these cov-lite loans are occurring within the private credit market through private equity investors.   This phenomenon is a byproduct of the last banking crisis, which precipitated artificially suppressed low interest rates in the public markets.

As the chart below demonstrates, exposure to cov-lite loans has exploded.  Cov-lite loans weren’t even in investors’ lexicon prior to 2006.  We then saw this type of lending instrument hover around 20% of the total market until 2012…since that time it has been a steady march up and now represents 80% of the market (see chart below).

Howard Marks, favorite financial writer, steward of capital and the all-time great asset manager at the helm of Oaktree Capital (who also serves as Warren Buffett’s favorite financial sage), has provided a steady warning regarding this type of loan.  At a high level, Howard’s message is that the bond market and private debt investors have allowed more loans to be extended without sufficient attention to risk aversion.

Historically, covenants prevent companies from overextending and can be a governor on borrowing, which can lead to a company paring back on borrowing before going too far.  Covenants that prevent over borrowing also help recovery rates for bond buyers when companies default. Lenders much prefer knowing they have a good chance of getting something back in the event of a company liquidation.

It is important to mention that cov-lite loans are not necessarily more risky and actually can be loans to some of the best borrowers.  However, one thing is for sure, cov-lite loans will provide less warning in advance of default. The net effect of this type of lending is to allow economic expansion to go further, while creating more ultimate risk to the economy down-river.

As such, covenant lite loans can keep the economy sputtering along without any early warning signs, but when default hits, it hits hard and recovery rates are likely to be much lower.  In this instance, a small pull back could lead to much greater contagion.

I compare this to a river rafting trip in a deep canyon with lots of twists and turns.  You can’t hear the rumble of the water rushing over those big rocks until you are right on top of them.  We’re apt to see fewer rapids overall, but more Class V rapids when they hit.

William McChesney Martin (Fed Chairman 1951-70) famously said that “the Fed should be seen as the chaperone for the economy, whereby prudence suggests they remove the punch bowl just as the party is really warming up.”  In direct contrast to his stance, it now appears our leaders are spiking that very punchbowl. Officials are chasing their fiscal stimuli of deregulation and tax cuts with looser monetary policies and lending standards.

As I prepare to go fly fishing in Alaska this summer, I will definitely keep the hard punch off the drift boat, while keeping a steady steward at the helm to help negotiate the dangers and exploit opportunities.

Let’s keep a keen awareness that markets can quickly drift from calm and risk taking behavior, to panic and risk aversion. Lack of preparedness on the river can lead to taking on water and capsizing. The results to one’s portfolio can be quite similar, but the mechanism for moving from peace to panic will be price. Keep your eyes and ears open, so we can enjoy the ride.